Relocation to the New Office Building

The New JHG Office Pavilion: From Vision to Implementation 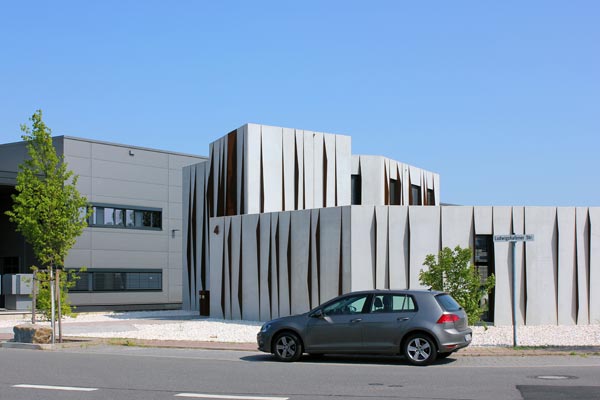 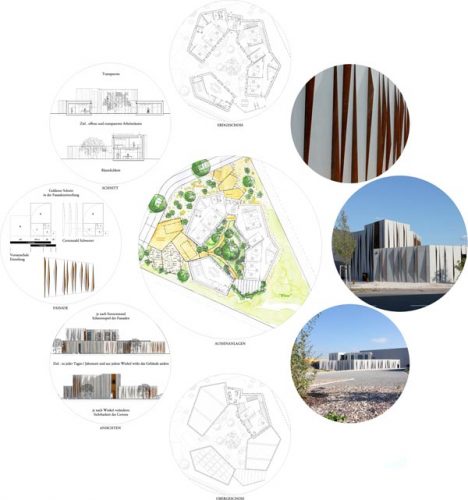 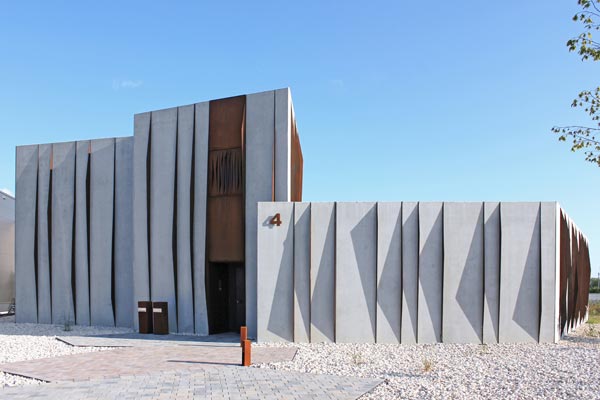 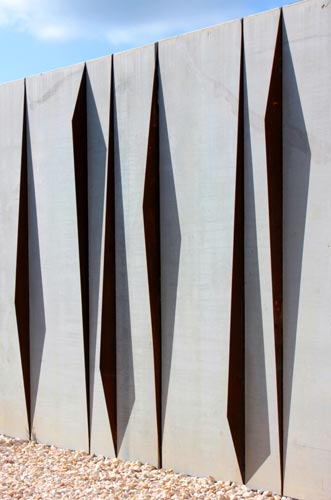 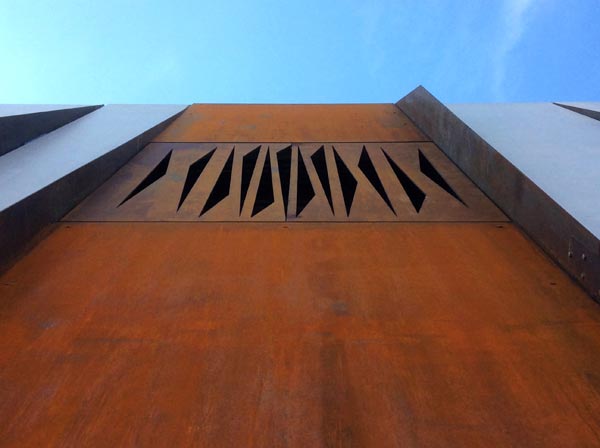 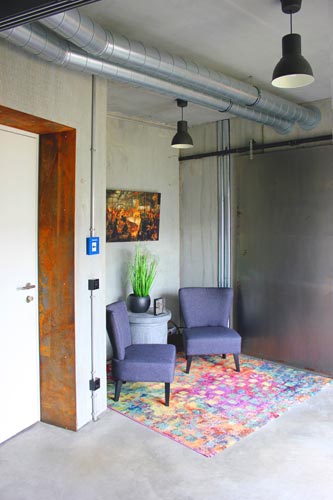 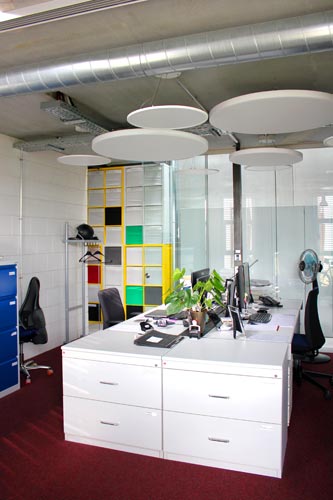 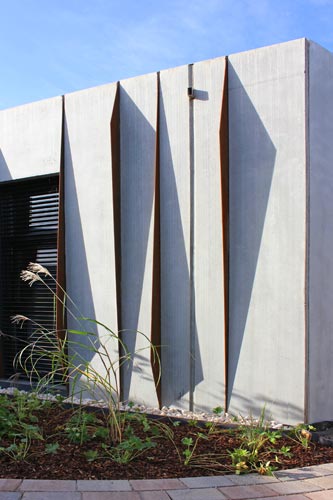 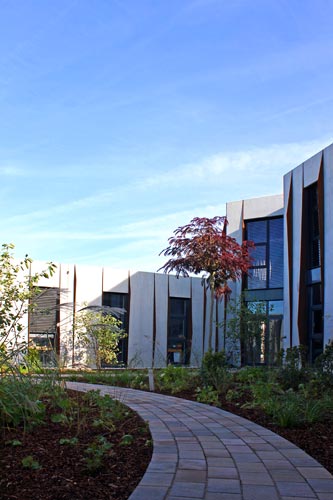 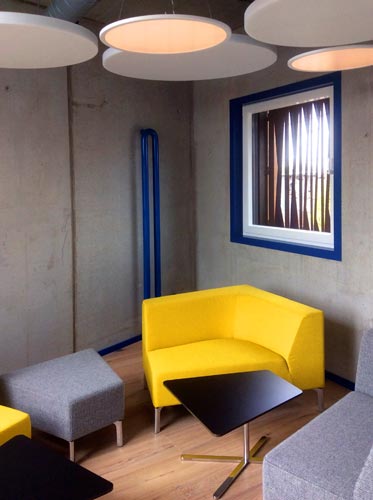 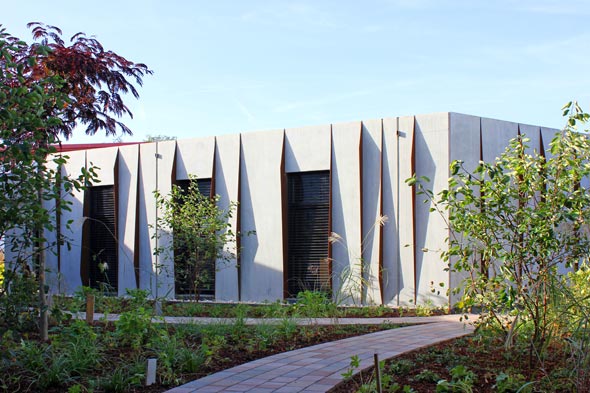 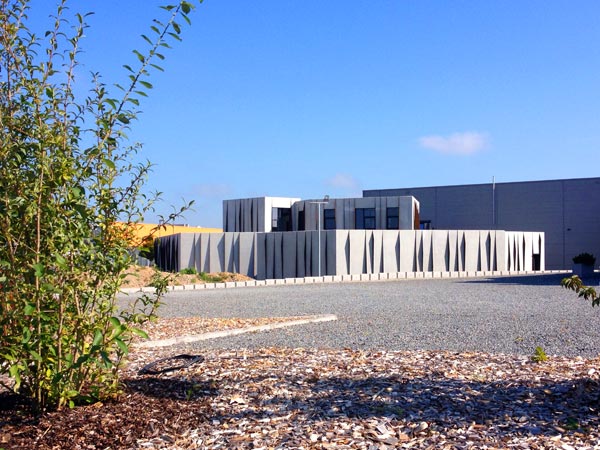 Germany’s industrial areas are not exactly known to be places of building culture. They are often “un-places” that will not invite people to stay but rather prompt them to leave quickly. They are areas with few green spots, with buildings of poor architectural design. They are “deserts” of construction culture, where job facilities are created without the least consideration for the future job holders and their needs.

If in an environment of storage areas, truck access, meter-high walls etc. you want to create a high quality workplace where employees like to work, an employer is confronted with the question if such a goal is feasible… Yes it is!

The “Office Pavillon JHG”-Project gives an example of what an appealing solution can look like. The idea is to abandon the usual construction concepts – the “desert”- and construct an introverted building with a green “oasis” in the center as a place for rest and recreation.

Standing in front of the building, you see a closed-in, angular, and complex shape, reinforced by a somewhat spiky facade design, which could be interpreted as a bastion against the desolate industrial surroundings. But as soon as you enter the building through the striking and deliberately narrow kept entrance, you are surprised by the openness and unobstructed view of the lush green outside.

In contrast to the exterior impression, the interior is bright and transparent. All offices are arranged around the inner yard. To reach this goal as efficiently and compactly as possible, the unusual and unique ensemble of the different buildings took form. Inside everything is quite open, with glass sliding walls to each office. This way a full view of the garden is constantly possible, and dark corridors are avoided. This impression of open space continues up onto the 2nd floor where it is reinforced by interesting looking open spaces.

All technical lines are visible and carefully positioned. The mix of different materials like concrete, brick, steel, and glass creates – and is responsible for – this special industrial look. Despite the crude materials, perhaps even because of the variety of them, the working environment can be described as comfortable, almost giving an impression of home. In contrast to the coarse materials, the carpeting and soft sound absorbers in the ceiling of each office contribute to an acoustically calm and quiet atmosphere throughout the building.

The JHG trades steel. Therefore, the material should also be integrated into the facade. Our project gives an example of how with few and inexpensive means an interesting façade – a challenge in itself – can be designed to correspond with the shape of the building.

Each one of the various viewing angles has a different effect, and in terms of space and time was intended to become a vital element of the overall design theme. This led to the idea of creating the optical illusion of alternately having the Corten steel and then the facing shell disappear.

The chosen shape of the steel swords also creates an exciting play of light and shadow. At every time of the day, in every season (time element) and also depending on the viewing angle (spatial element), the building looks different and is subject to constant change.

In accordance with the overall concept of the building, it quickly became obvious, that the outside areas would have to stay rather barren, with only few shrubs and small trees. In the center however the above-mentioned “oasis” was formed, with lots of plants and a larger tree in the middle. The wedge-shaped form of the property led to the question of what to do with the back part of it. And we came to the conclusion: absolutely nothing! In this part nature would not be – and is not – interfered with and left to itself instead. An untouched “meadow”, it has already been accepted by the animal world. For two years in a row, the entire staff was able to watch a crested lark, a rare bird, in Western Europe on the list of endangered species, choose our backyard for its habitat and built its nest.

This website uses cookies to improve your user experience while you are navigating the website. The cookies, which are categorized as required, are stored in your browser as they are essential for the functioning of the basic functions of the website. We also use third-party cookies that allow us to analyze and understand how you use this website. These cookies are only saved in your browser with your consent. You also have the option of deactivating these cookies. However, deactivating some of these cookies can affect your browser experience.
Necessary Always Enabled

All cookies that may not be particularly necessary for the functioning of the website and are used specifically to collect personal user data via analyzes, advertisements and other embedded content are referred to as unnecessary cookies. It is mandatory for us to get the user's consent before these cookies are executed on the website.